When the global pandemic hit London in 2020, it spurred a surprisingly large number of people to begin taking up biking again, as a way to replace public transportation, get some exercise, or simply provide a reason to get out of the house on a daily basis.

However, one of the challenges that quickly arose was a lack of available mechanics to service the bikes, many of which had not been used regularly in the recent past.

Stepping in to help out was Barnaby Stutter, a fun-loving tradesman with a gregarious personality. Known as the whistling cyclist, Barnaby would ride around London, neighborhood by neighborhood, servicing bikes while also teaching his customers how to care for their bikes themselves.

With over 30 years devoted to the bike industry as a mechanic and instructor, Barnaby was the right man to deal with the many newer cyclists who were not exactly experts. As he explained it, customer service should focus on the customer. It’s not always about knowing about the latest and greatest components. You should be more worried about how the customer interacts with the product. He summed up his service philosophy by stating, “We like to say we repair the customer, not the bike.”

Getting Started by Helping Out

Over the past several years, Barnaby had been serving as a cycling instructor, teaching students about riding, safety, and mechanics. For him, it was like a religious calling, and he’s proud to have taught about 7000 children how to ride. But then Covid hit, causing most classes to be put on hold, and providing him with a little extra free time.

So he started out by helping out a neighbor, and word-of-mouth quickly led to dozens of house calls in his residential Victorian neighborhood. He was also enjoying himself, chatting up his neighbors, making new friends, and benefitting from the positive feedback. Always the teacher, he would have one charge for normal service and an additional charge to have customers service the bike themselves, under his guidance.

It quickly became a family business, with his wife printing out flyers and his son getting his bike set up with a flag.

But as his territory expanded, so did the aches. Not entirely joking, Barnaby laughed that while he is 55 years old, his right knee is 75 years old. Covering more and more miles on his cargo bike and lugging a trailer behind was getting to be a bit much on his body.

Moving to an E-bike

After a bike mechanic friend secured a second-hand Tern GSD e-cargo bike, Barnaby began to understand how practical an e-bike could be for his business. However, he hemmed and hawed due to the cost of the investment, and financing was not readily available. While there were government grants starting to become available for businesses, it was a little harder for an independent tradesman to acquire one.

Barnaby finally scraped together the money to purchase a new Tern GSD, and it changed his business overnight.

The GSD increased his coverage radius from 5 miles to 25 miles, allowing him to enjoy some wonderful rides to the outskirts of London. Riding the GSD also provided a certain Wow factor on the streets, attracting strangers to approach the always chatty Barnaby, who would affably teach them about the e-cargo bike and the services he provides. In his words, every traffic light and every junction was a chance for another conversation. From horse riders to cabbies.

In terms of practicality, the trailer was folded up and put away. The GSD became his mobile repair shop. The work stand was clamped to the seatpost, with the tripod toe-strapped to the rack. One pannier was filled with tools while the other was filled with spares, gloves, lubricants, etc. And the track pump clamped to the pannier. He was even able to tow a bike if he needed to.

A bit of a boy scout, Barnaby spoke about looking to remain prepared by adding more to his kit. “It’s not always a beautiful day in London,” he deadpanned in explanation, “so I’ve been researching work tents and work umbrellas as protection from the elements.”

As the pandemic ebbed and flowed, bike shops began opening once again. With less need to roam London to provide bike servicing, Barnaby was quickly recruited to work with Westminster Wheels, a team that runs a training program for young people to become qualified bike mechanics.

Started by the Westminster Council, the program provides accredited training from experienced bicycle mechanics like Barnaby, followed by a guaranteed job with Westminster Wheels for six months, paid at London Living Wage.

Trainees learn by refurbishing unwanted bikes and turning them into high-quality, affordable bikes for Westminster residents. Each year the team refurbishes more than 2,400 bikes and 20% of those are donated to people who need them most. 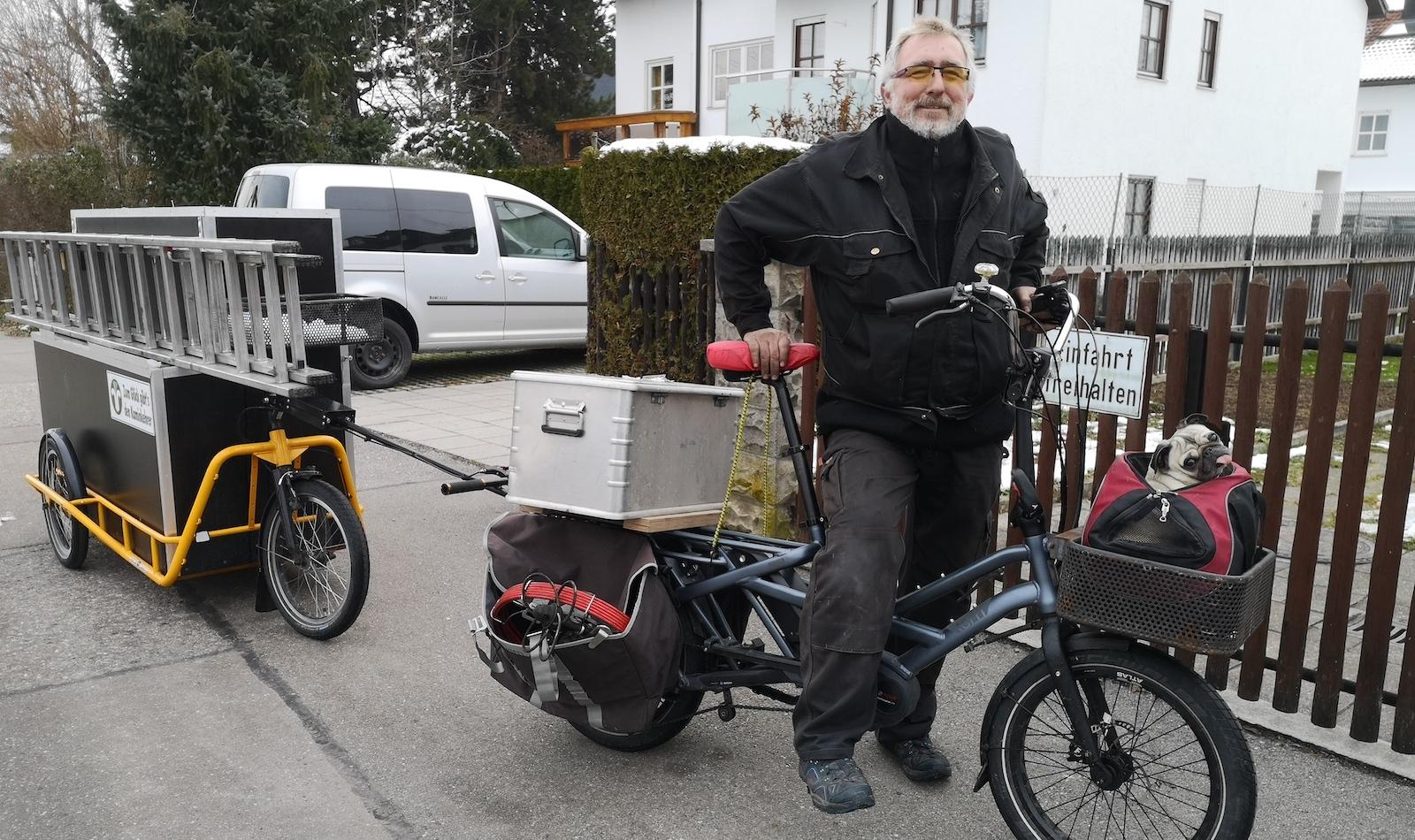 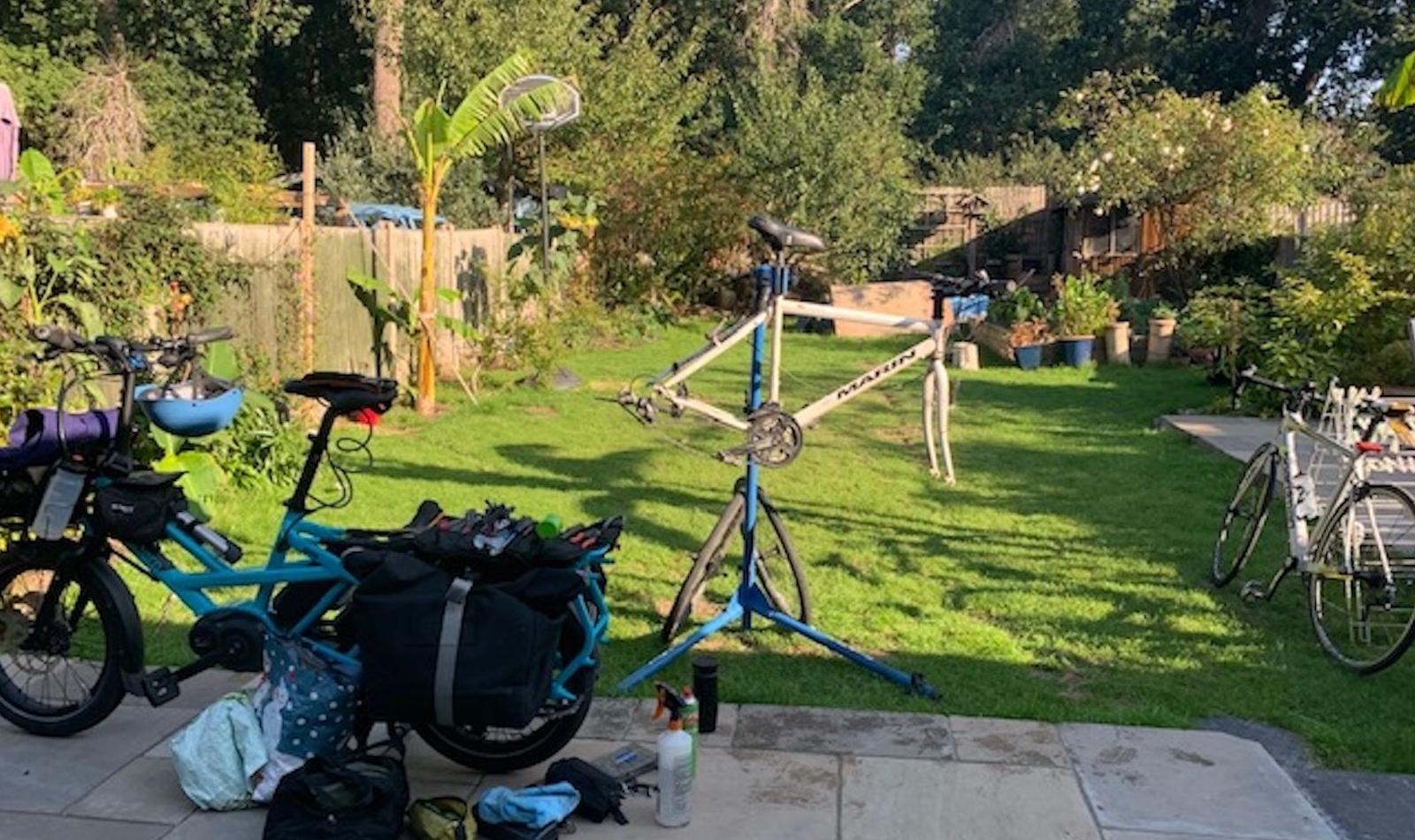 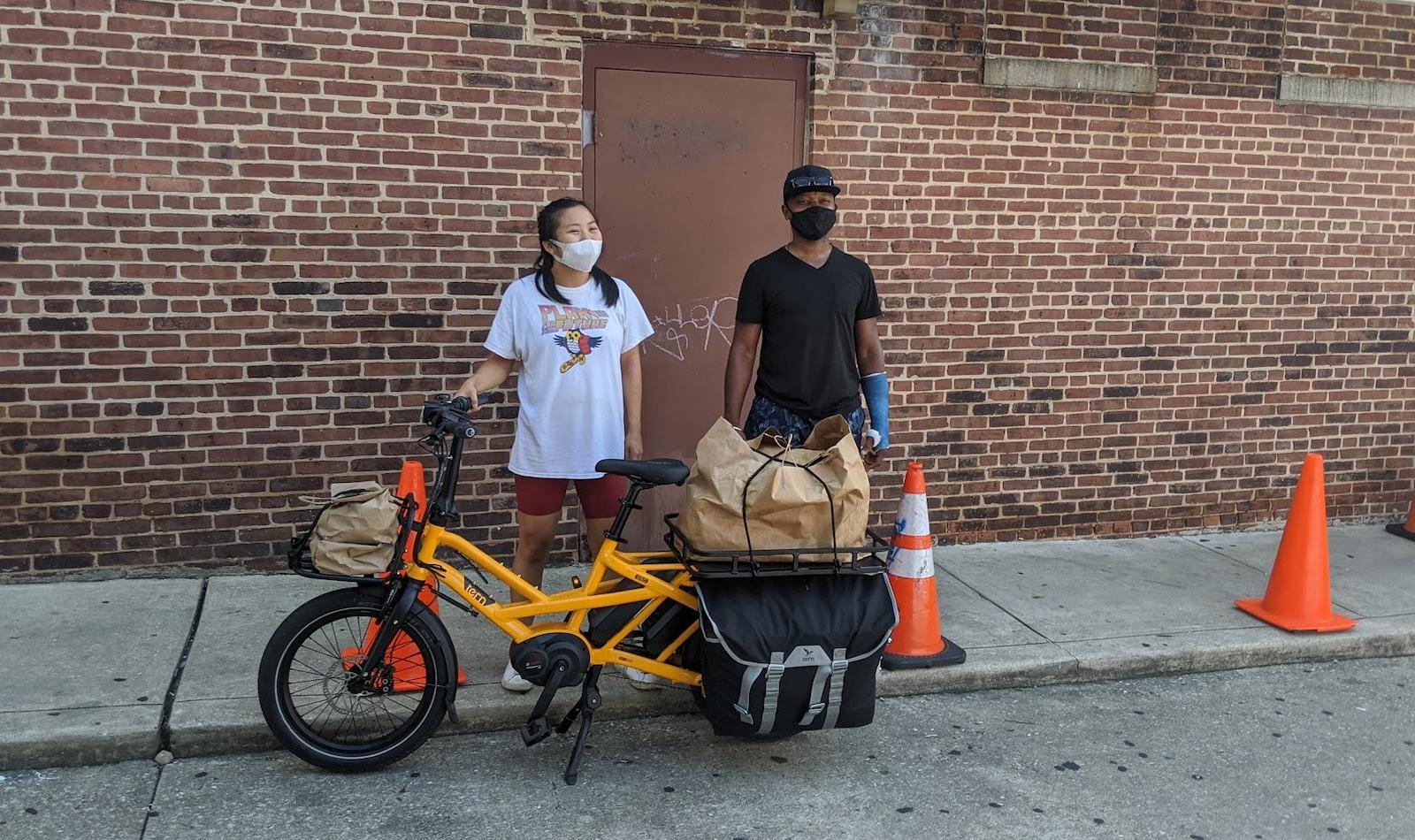 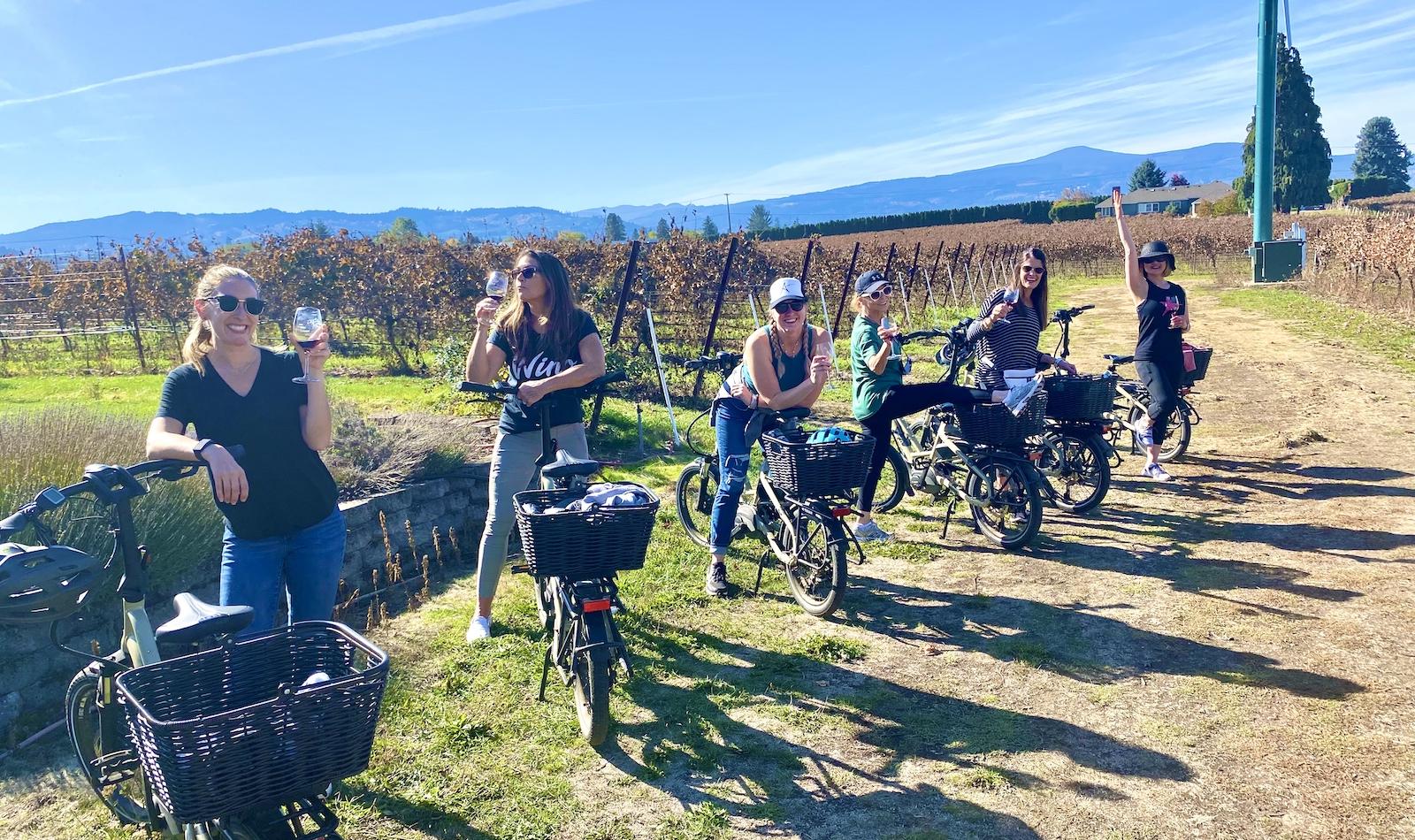 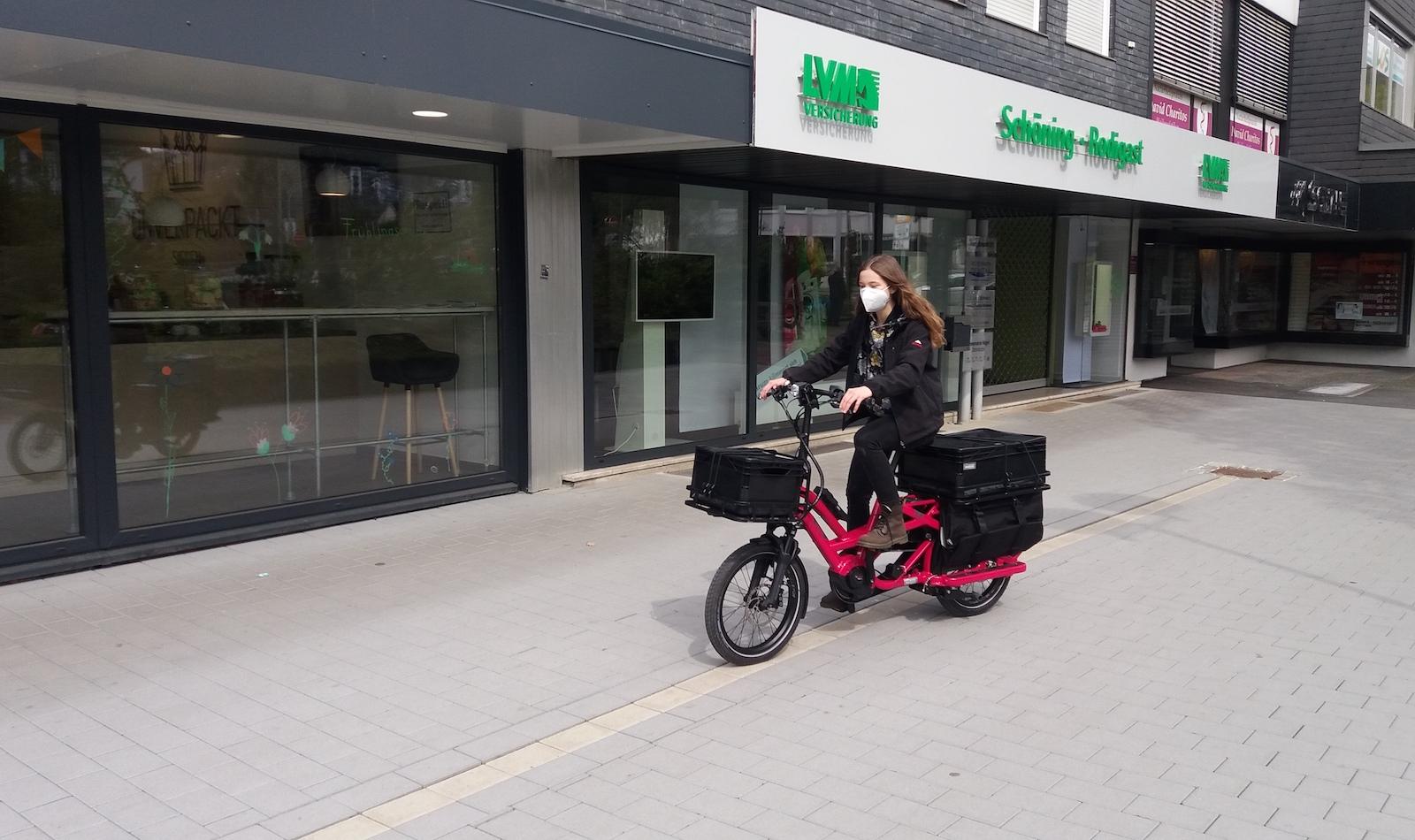 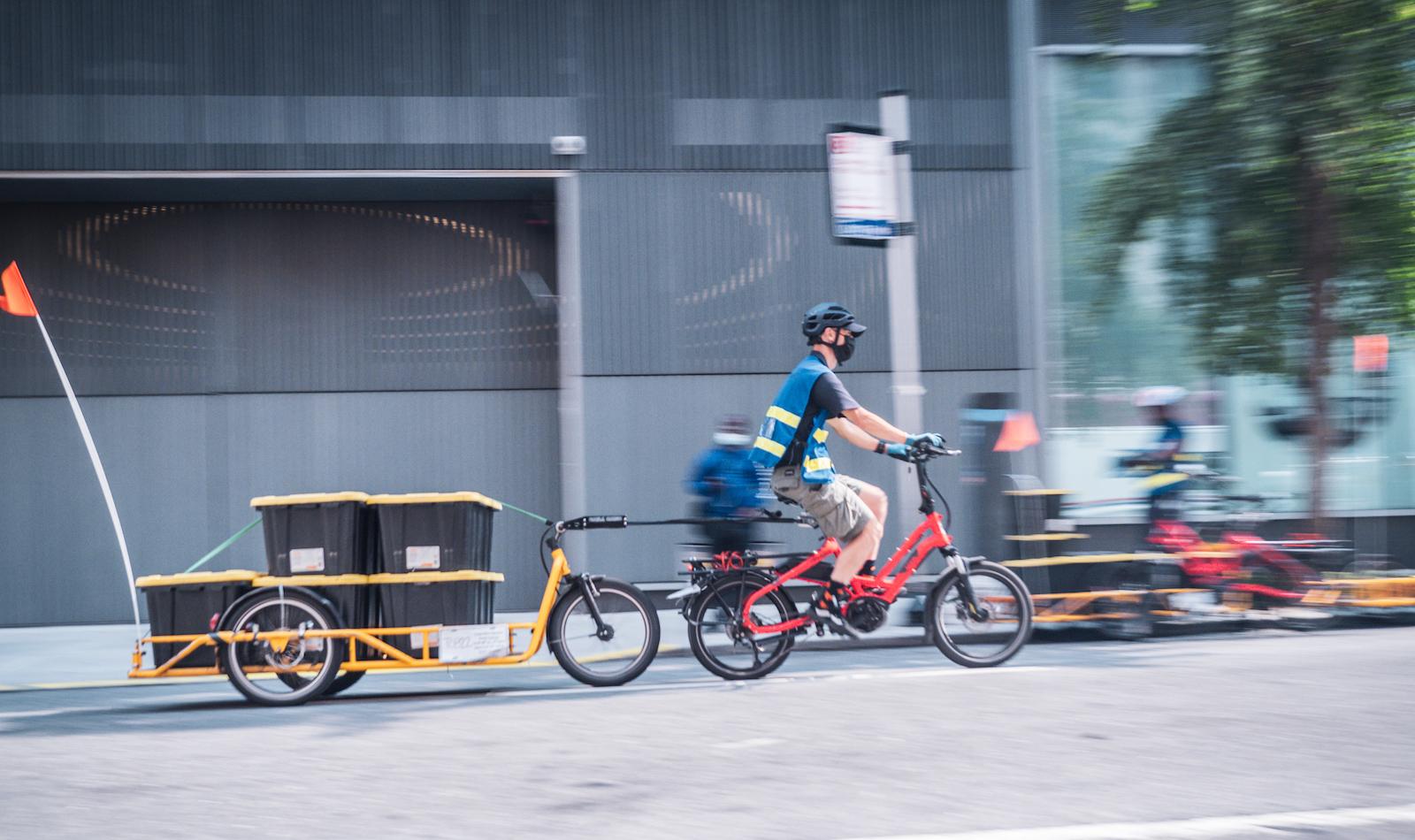 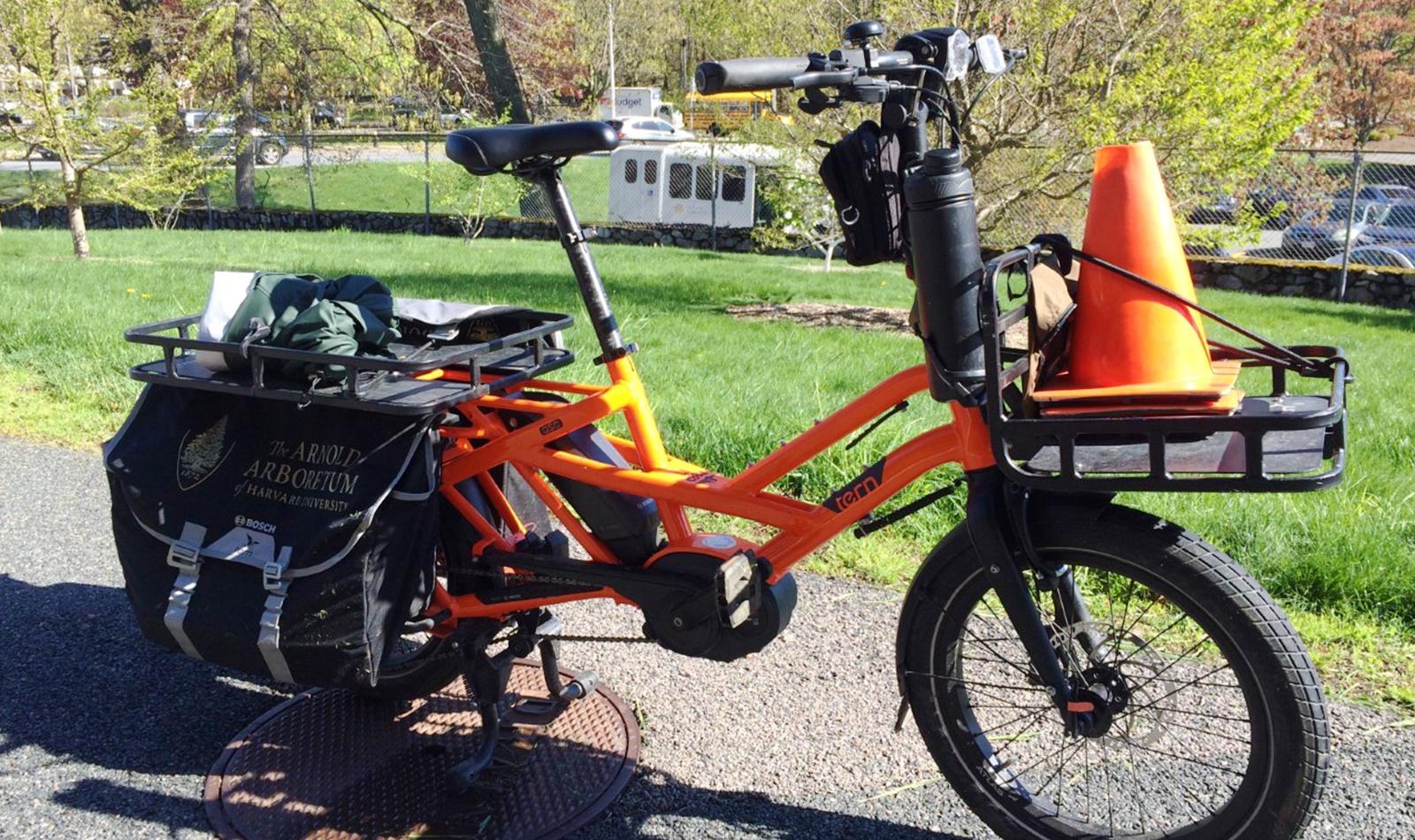 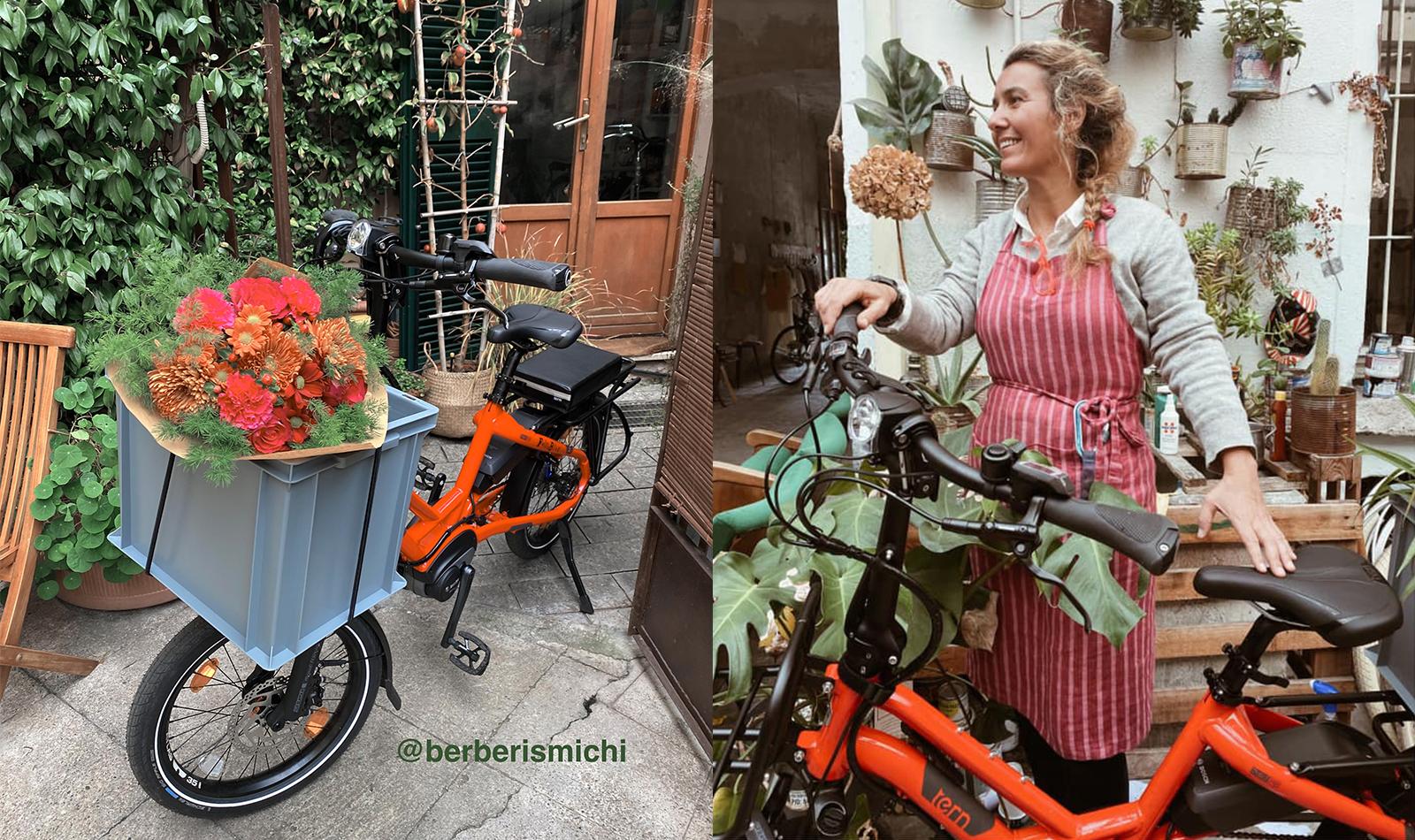 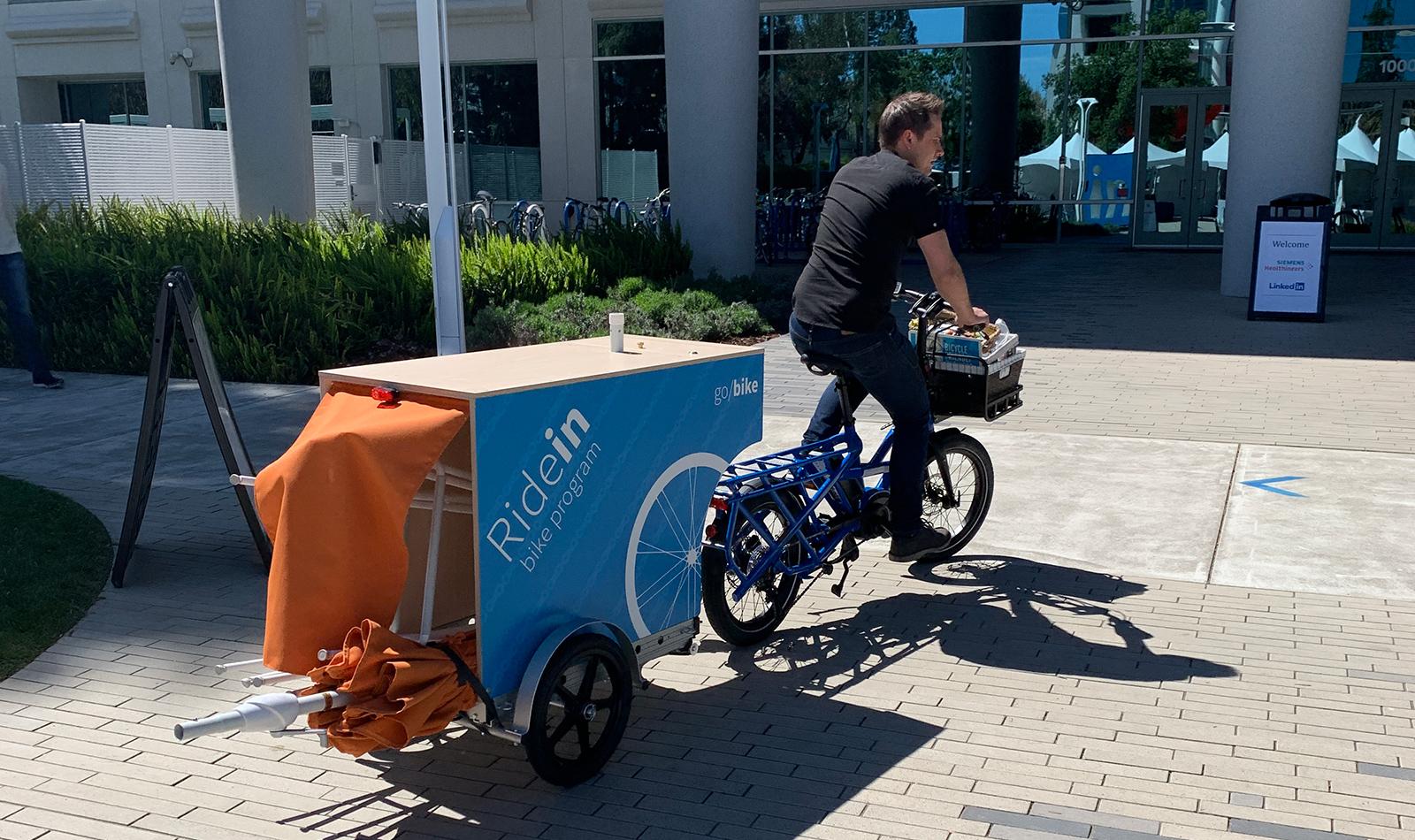 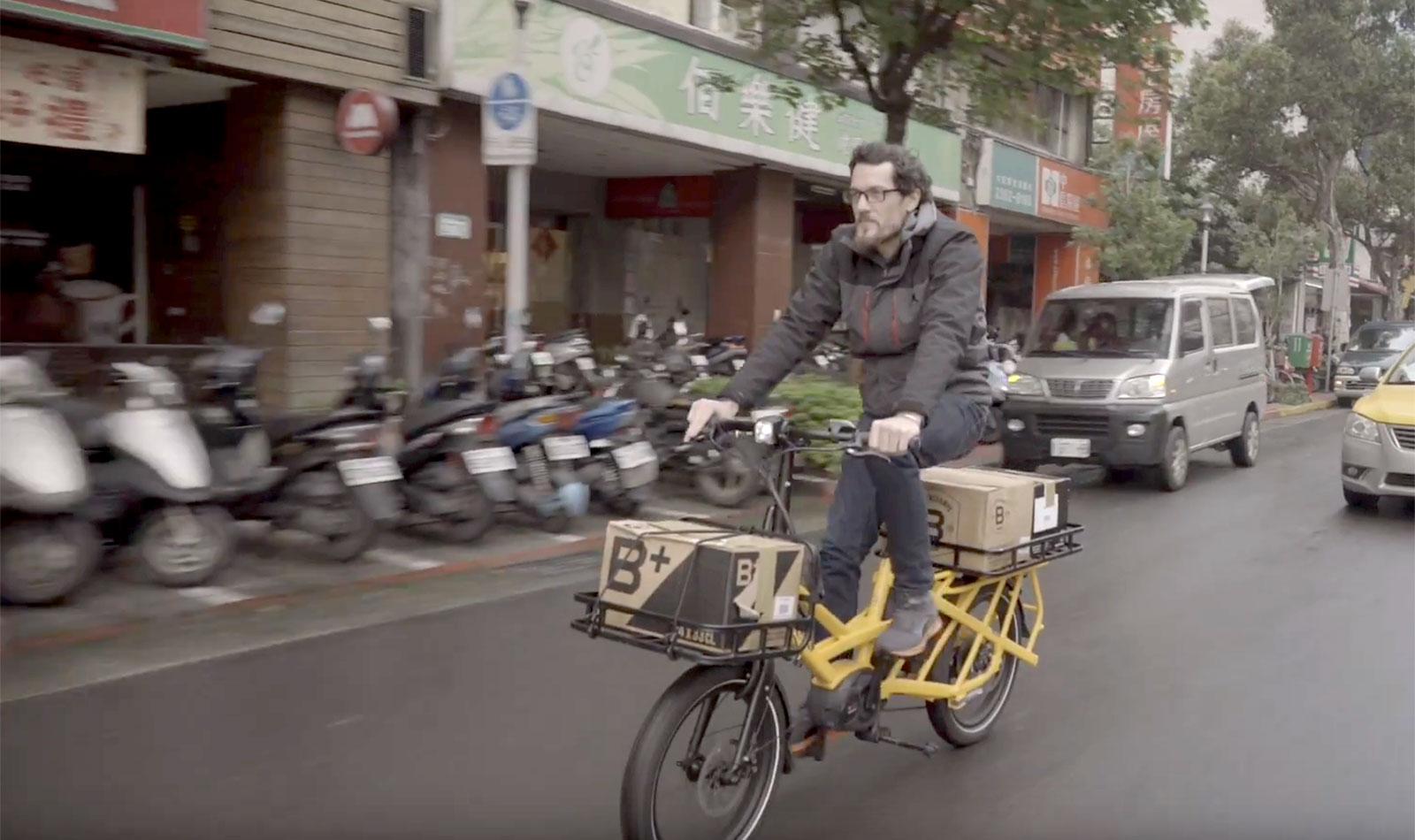 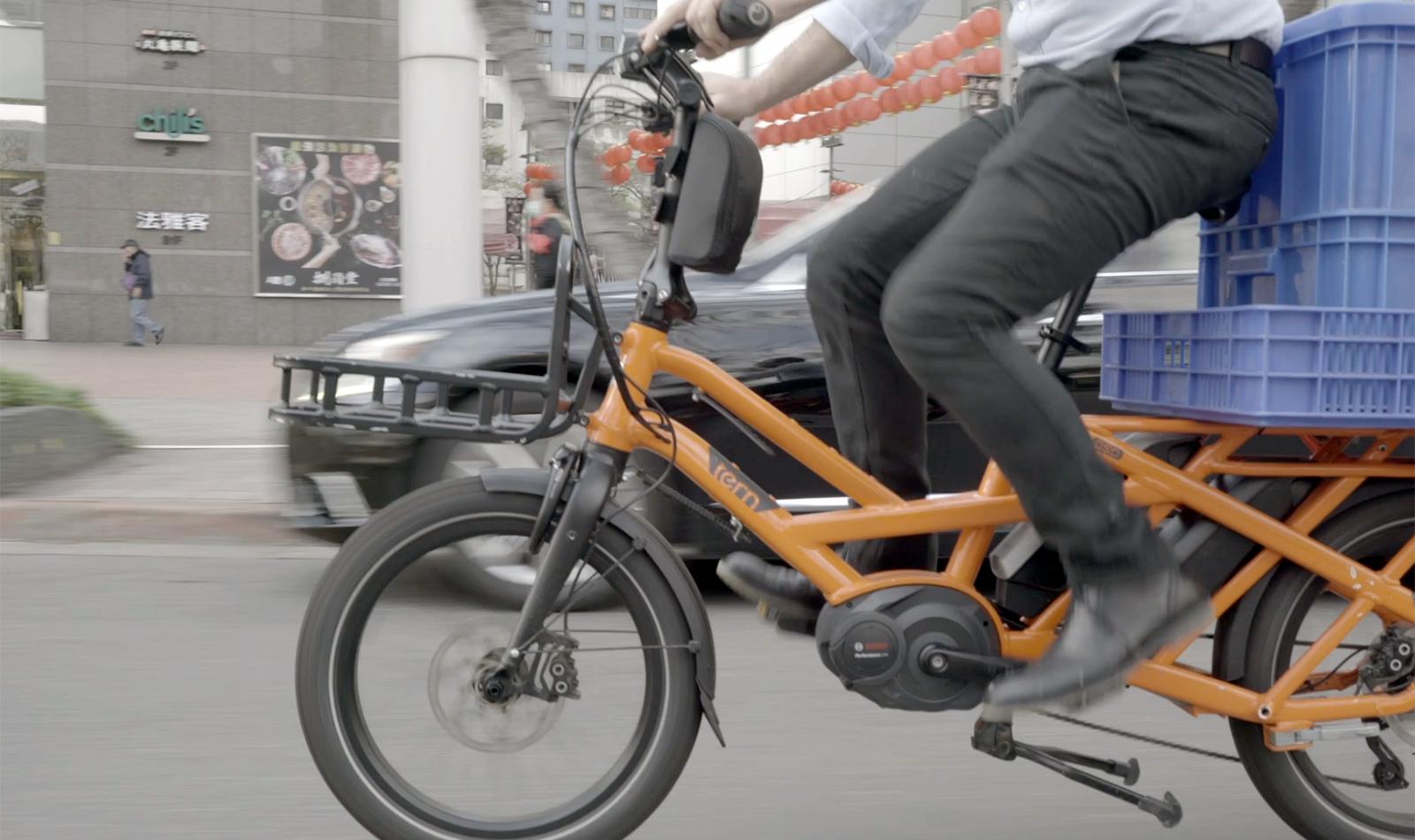 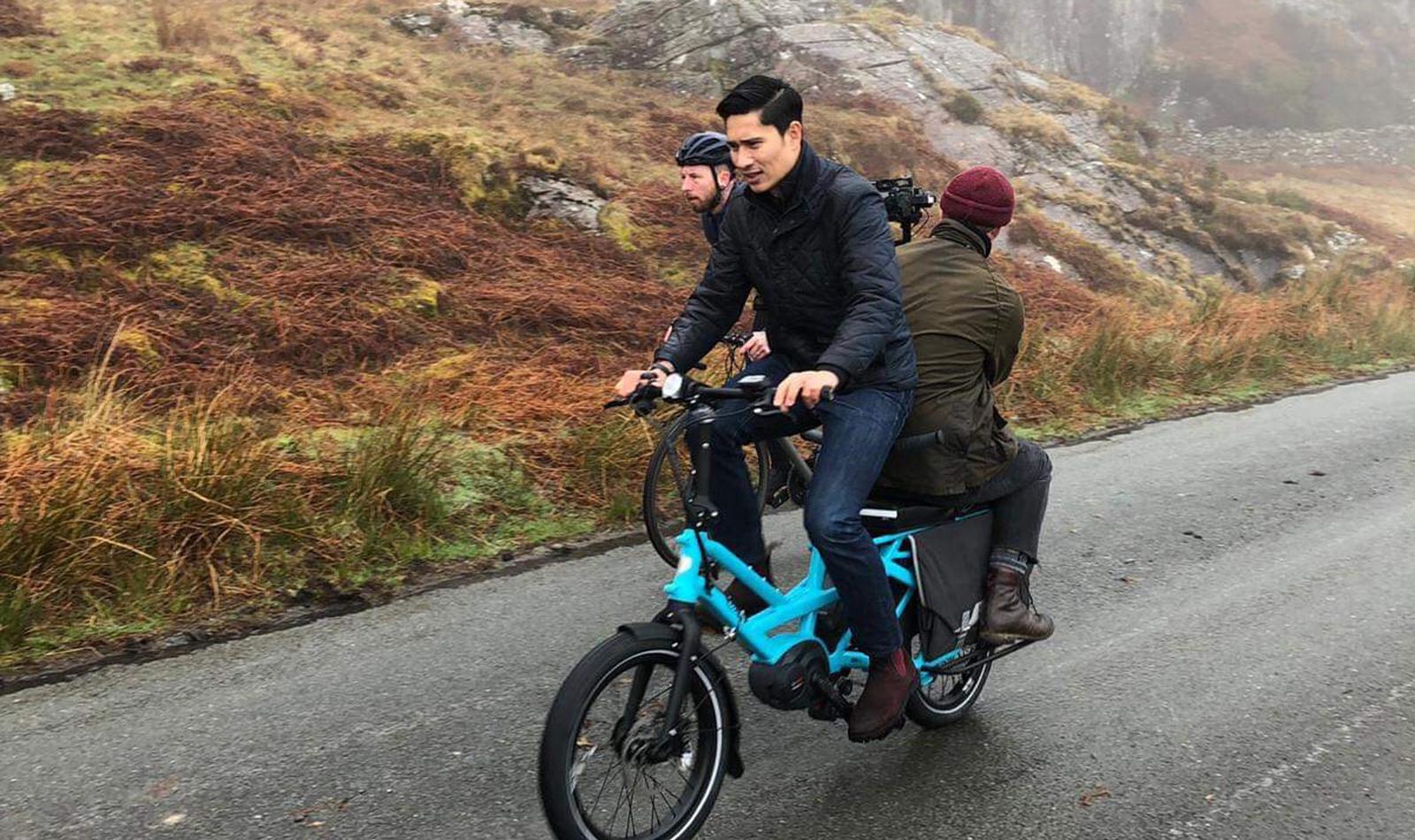